Is James McGovern too Enterprisey?

I have been noodling several things said by David Heinemeier Hansson and James Robertson who are co-Presidents of my fan club and their interesting outsider looking in perspectives on the enterprise. Felt it was not only important to respond to their insular thoughts but to encourage others to start having a dialog on how folks within enterprises truly think...

Folks such as Dan Jacob, Mark Watson, Charlie Savage, Danny Lagrouw, Jeff Schneider, Robert McIlree and Chad Dickerson and all provided pretty reasonable perspectives on how enterprises operate from their own viewpoint, but really didn't dig deep enough into the conversation in order to uncover new insight.

I am still wondering what it means to be too enterprisey? I know that 99.9999% of all folks that are employed in corporate America do not blog. The number of folks that are enterprise architects from this demographic who blog I can count on one hand. Since I am responding to your blog from my blog which I have been doing for over three years now, think it doesn't make me too enterprisey? I wonder if folks have noticed that I encourage other enterprise architects to also blog? 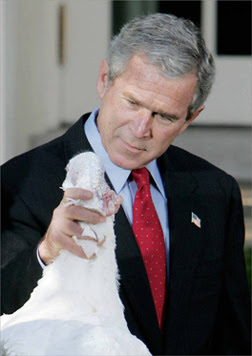 Most folks in enterprises also for the most part have seemed to miss the whole point behind the open source movement and think it is all about free (in terms of price) software. I wonder if I am too enterprisey if I have been savage in getting folks to understand alternative perspectives on open source.

Likewise, most folks in enterprises have no sense of community whatsoever and never really share what they learn with others. The hoarding of knowledge within enterprises is rampant but not where I work. I guess I am evil because I have written several books to date of which many of them have the title enterprise within them. I wonder if folks in the blogosphere have actually read one book entitled: A Practical Guide to Enterprise Architecture that they would call me too enterprisey after reading it? You may have noticed that one of the co-authors happens to be very prominent in the agile community? You may have also noticed in terms of the table of contents the desire that Agile Manifesto may be a great foundation to EA practices...

Maybe I have it twisted in that most enterprises nowadays really aren't writing lots of appications from scratch reducing the potential for Ruby to be adopted and that their real problem is in building the extended enterprise where they need to make one system communicate with another either internally or with their business partners. Feels like a conversation around Enterprise Service Oriented Architectures may be useful for folks who disagree with me to start noodling.

Hoarding of knowledge also comes about in that most folks in other enterprises work in walled gardens where they are not allowed to communicate with outsiders. I am the polar opposite. Would the community consider engaging in a face-to-face conversation at any of the events I plan on speaking at? You may find it interesting that I will be on a panel regarding web 2.0 at the Infoworld conference hosted by Jon Udell where I hope to represent and encourage others within the enterprise to not eschew but to embrace web 2.0.

I wonder if an insider starting calling out the flaws in so-called best practices for the enterprise and started to encourage others to think differently would this be too enterprisey? It may be intriguing to get an outsiders perspective on enterprise architecture so that you can help shape
Enterprise Architecture 2.0

The one thing I think that makes me too enterprisey is that I have strong opinions on something that are usually backed up with facts. Sorry to bust folks bubble in that Ruby will never follow the path that Java has taken. Don't get it twisted as this is not about Ruby hatin but more about making sure folks understand the dynamics of what really matters. Productivity is somewhat important but there are simply things more important than the current productivity conversation within most enterprises.

Enterprises several years ago adopted Java because the business side of the house wanted to participate in getting their business on the web. This couldn't have been accomplished using mainframe COBOL nor any of the client/server development tools of the time such as Powerbuilder, so they had to look at a new language that provided them with capability they previously didn't have. Java wasn't selected for productivity reasons.

Enterprises in the past have always eschewed for the most part serious use of dynamic languages and only used them for lightweight tasks. Rexx is one of the more popular dynamic languages used on the mainframe and is primarily used by the systems guys for utility oriented tasks but it never really made it into business-oriented application development. Enterprises though are finally starting to wake up to the notion of dynamic languages and more importantly the notion of declarative programming. This movement of dynamism within the enterprise isn't happening via approaches such as Smalltalk nor Ruby but is happening in terms of what is known as Business Rules Engines.

One of the sad things about dynamic languages and declarative programming via business rules engines is that enterprises have embraced them yet folks in Infoworld almost never talk about them nor do industry analysts ever provide meaningful coverage. I wonder if I can ask Stephen O'Grady and Brenda Michelson to start talking about business rules in upcoming blog entries? Would be interesting to see if they are of the belief that business rules engines have the potential to provide even more productivity lift for an enterprise over simply switching away from Java to Ruby.

As an individual, I tend to have tons of outstanding questions and haven't hesitated to seek out alternative perspectives. Maybe it would be useful for those who are outsiders looking in to pose several questions in their own blog to me? If your blog has trackback enabled I will surely make my best effort in providing answers to whatever your heart desires.

What is it you truly always wanted to know about us folks in large enterprises but were always afraid to ask? 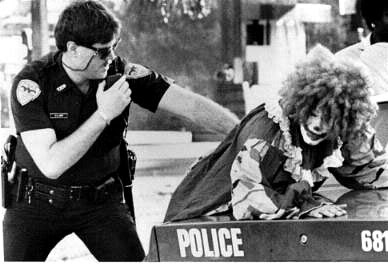