Are Enterprise Developers second class when compared against industry peers?

Being a developer in a large corporation is challenging and sometimes their approach is even more challenging to enterprise architects... 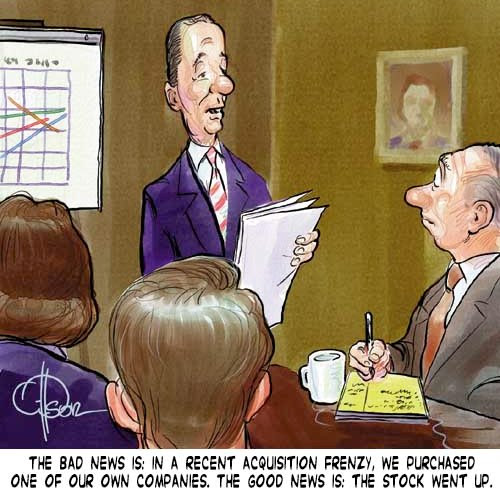 In most enterprises, there is rarely if any training afforded to the developer community even when the company has a training program for others within IT such as PMI certified process weeniesproject managers. At best, the enterprise might reimburse you for a book you buy. Sadly, most enterprises operate off the mindset that developers are supposed to arrive on their first day with every possible skill they will need. Non-technical management makes this problem worse by assuming that most developers are really smart people who can figure things out on the fly. Of course, there are always folks who will put in a heroic effort which further reinforces stupid management thinking that training isn't required. In the day of IDEs with wizards, the ability to encourage or even expect a developer to have the capability to figure things out is fast becoming a lost art.

In most shops, you will almost always find that the enterprise architects are the last ones out the door at night. It's not the fact that EA doesn't believe in work/life balance nor don't like working regular hours, but unlike most project managers and developers, enterprise architects have developed the skill to flex their schedule to handle irratic, irregular demands.

I have always found it fascinating why developers rant that their jobs are being outsourced to India and that they are part of the cause. Maybe more developers should ask themselves whether their employer even gives a crap about your child's soccer game or would they prefer for you to deliver systems on time. While folks in India don't have any better ability to be successful, they at least figured out how to pretend better than American developers.

Even more fascinating is the reader's digest culture. Let me amplify the point that distillation is a mental disorder and when combined with roles that should care about the details, it guarantees mediocrity. Alignment isn't about sounding like your executives who prefer thinly veiled chock-a-block Powerpoint pitches with nicely formatted bullets. Alignment is more about granularity where all parties are pointed in the same direction but with varying levels of fidelity.

Lately, I have ran across crowds of developers who no longer take personal pride in their work. This behavior is infectious. When a developer rationalizes why they have delivered code that isn't of the highest quality, then something is fundamentally wrong. It is way too convenient for us to talk about the pressures of a deadline as if developers are the only ones with them. It’s easy to do something the wrong way and have it work just well enough to end up in production. That “little error” you turn a blind eye to since it doesn’t seem to cause any problems will cause problems. Business customers who experience frequent system outages should dive deeper into the indoctrination of enterprise developers towards mediocre practices.