I remember early in my career when I worked for CT Community Care as a programmer analyst in the early 90's when the notion of client/server first appeared. We knew at the time that we needed something other than our HP3000 mini-computer in order to be successful and started looking at SQL Server and Powerbuilder. They weren't chosen because anyone had experience, but were because the local consulting firm had a training class in it and we could only afford to send a couple of people to local training whereas other competitor languages were more expensive across a variety of dimensions.

Luckily, we were successful and didn't fail at our goal. Way too many small enterprises and non-profits expose themselves by taking risks using technologies that they neither have the expertise in nor are able to hire. It has been my thought that I should somehow figure out a low cost model for these businesses to gain access to the same talent that large enterprises can afford.

Awhile back, Stowe Boyd and others talked about the notion of advisory capital. Most recently though, I had an interesting email exchange with John Newton of Alfresco fame. Being savage at multi-tasking, I happened to be reading the blog of James Governor of Redmonk and his thoughts on declarative living when Knowledge Crisis suggested to me how he helps others have a great day. Collectively, these three individuals reminded me of a past blog where I commented on becoming an industry analyst.

I have decided to throw my hat into the ring but in a slightly different way than I have talked about in the past. Since, I have a decent salary I figured I don't need to be greedy or as expensive as either consulting firms nor industry analysts in terms of advice but needed to figure out how to provide consultation after hours. I have decided to make myself virtually available via Kasamba and you can connect to me here.

Advice is not provided to small enterprises and non-profits but also software vendors. Many software vendors simply are disconnected and do a lousy job of selling to large enterprises and need guidance from someone who is actually in an enterprise. Some vendors will ruin their reputation by attempting to leverage an informal network or worse yet attempt to iterate their presentations by presenting to enterprises and tuning on the fly without ever asking themselves how much potential sales opportunity does this method of being cheap cause them to lose in terms of business.

Some software vendors use industry analysts as proxies in order to tune the message but at some level, software vendors need to ask themselves how often do these analyst firms actually talk to folks like me? I suspect you already know the answer and therefore you should ask yourself whether their advice is suspect. 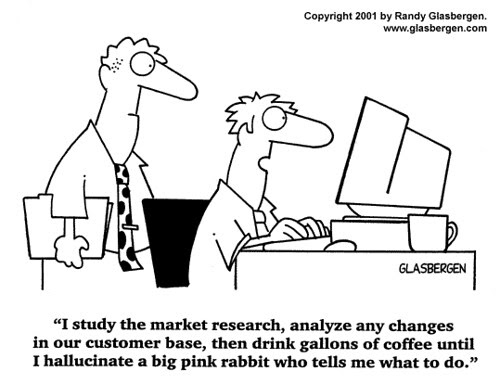 Practicing your pitch on a person who hasn't just worked for a large enterprise in the past but currently does will provide software vendors with better insight than those industry analysts whom many haven't ever been employed by a Fortune enterprise.

Anyway, so many others use their blogs to promote their consulting/advisory services, their books and other so-called value propositions which makes me wonder if I should do the same. Of course, I feel slightly dirty for doing such a thing, but hopefully I can make it up to you in the near future.

At a minimum, I will post periodically on how well my advisory services are working...