John Newton is one of the most interesting IT professionals one could ever meet. His sincerity, transparency and desire to develop the best damned ECM platform on the planet elevates him to iconic status. He recently left a couple of comments in my blog that I wanted to share... 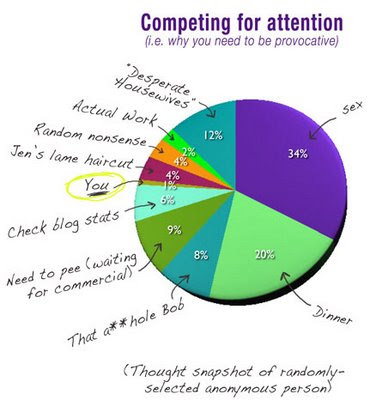 Because architectures are practically forever. I have noticed a phenomenon (more like lived it) that enterprise software companies go through a major rearchitecture after 7 years and wish they hadn't. This dissuades them for doing it again for another 10 years. Remember Oracle 6? Sybase 10? Documentum being aware of this trend had a mini version of this in version 4, but still hit it. There are certain interfaces and architectural styles, like SOA, that require that you think about them carefully. SOA is supposed to be simply an adaptor pattern, but in reality, you need to take into account all sorts of issues around security, granularity and all the things that web services didn't take into account, like references to content and content streaming.

Sadly, John I agree that vendors who play in the new world are fearful of reinventing their own technologies and will do whatever it takes to avoid changing their architecture. In this regard, they are no different than the issues that enterprise architects face on an almost daily basis. The funny thing though is that even enterprisey folks understand the need to support SOA and have been savage in changing their architecture. Sure, SOA doesn't really handle the notion of streaming but it does handle the basics such as searching, retrieving, archiving, etc pretty well.

you don't need SOAP to do SOA, but it is a standard and a slow standard at that. All this stuff is hard when there are more immediate features that the ECM vendors are concentrating on.

I think I am missing something? Are you saying that the users of ECM platforms cannot afford the additional overhead of support for SOA out of the box and that is the reason they end up building it themselves because they can code it faster than the vendor? Could you share with us what all those immediate features are that the ECM vendors are concentrating on are?

REST may end up superseding web services as a way of aggregating and integrating content services. With REST, we will be able to mix and match internal and external content services

Actually, I think I agree but that isn't the point. My argument is to put services into the product regardless of whether they are SOAP or REST.

We just need to solve all the problems that web services has already solved, such as transaction control and security. You can't win

Here is where I disagree. I am of the belief that if ECM vendors create services within their product, they should defer security to an outside party. Consider partnering with a Web Services Managmenet vendor such as Actional, Amberpoint or Oracle's OWSM product where security can be applied by the customer. Don't let security become a reason for not doing something.

We thought we would just look up identity and membership information directly from LDAP. As you can imagine, that interface is so slow that we ended up doing what all other ECM vendors do and replicate the information that exists in LDAP

Could you define slow? I can tell you in terms of my own independent testing that Active Directory can return information just as fast as a direct call to an Oracle Database. I can also tell you that pretty much every other enterprise application can also talk directly to Active Directory and no customer seems to be complaining about performance. Isn't this really an architecture issue with the product in that it may not have implemented the right caching strategy? I would think mimimially it would make some sense to design a product in such a manner that the customer has a choice? If performance is slower talking via LDAP than a local DB but the customer is fine with it, then all parties should be happy. Is this a situation where ECM vendors know whats better for the customer than the customer themselves?

Anyway, If you aren't familiar with industry analyst Alan Pelz-Sharpe you should be. On April 15th, they are releasing a major ECM report covering 30 different ECM vendors and will cover aspects such as:


I hope that bloggers such as Apoorv Durga will provide amplification once this report is released...