Today, I declare independence from the blogosphere

I have been passionately blogging for the past several years in hopes of sharing my thoughts, rants and screeds with others under the guise from incite comes insight. The name of my blog was derived from an individual whom is now a partner at Deloitte that I hope to work with again in the future.

In the meantime, I hope that others will continue the conversation and pick up where I have left off...

I frequently get asked why do IT recruiters consistently look for candidates with three years of experience in a certain technology when the technology has only been in existence for one year. Figured I would share insights into the challenges of recruiting...

The two recruiters in my travels that I have been most impressed with are Jordan Haberfield and Lisa Matkowski. They do not know all the latest buzzwords nor even are developers by trade, yet they excel at what they do. They are savage in terms of networking, of the highest ethical character, their moral compass is strong and they care about the human condition. I believe it is less important for a recruiter to understand the job request and more important for them to focus on finding the right talent.

So, this begs the question of who is really at fault. If you receive a half-cocked job requirements document and the recruiter is attempting to do their jobs with integrity, should we blame the recruiter or should we look towards all those non-technical managers in senior positions that don't deserve them. After all, they have been entrusted to run multiple million dollar operations yet have zero clue as to how to even hire the right people. No wonder IT can't align with the business.

It comes as no surprise to anyone in IT that folks in India outright lie on their resumes. What is surprising is that some managers can simply turn the other way and pretend that there is no problem. If you hired me to build your house and later found out that I didn't know the difference between a plumber and a carpenter, wouldn't you be concerned about my ability to lead? How come the business isn't asking this question of IT? How can a nation of people in such a beautiful country such as India lower bar with unethical behavior?

Every resume states Spring experience, yet when asked what Spring is – the answers vary from “an MVC framework to components for the web to a nice time of the year to a coiled steel wire”. When the person already has various other technologies that would lead you to believe that they could learn and understand a next level technology. But you can’t get this person past the interview stage; yet the guy sitting around memorizing answers to interview questions is the next non-technical person on your project.

Doesn't our business people deserve more value for their money than this? The first course of action for any enterprise that wants to truly achieve business/IT alignment is to be savage in the elimination of this type of hucksterism. World class organizations are built on foundations where people can trust each other and don't have to second guess the ability of the team. If you find yourself in a shop that doesn't get it and you stay, maybe you are getting exactly what you deserve...

Are Enterprise Developers second class when compared against industry peers?

Being a developer in a large corporation is challenging and sometimes their approach is even more challenging to enterprise architects...

In most enterprises, there is rarely if any training afforded to the developer community even when the company has a training program for others within IT such as PMI certified process weeniesproject managers. At best, the enterprise might reimburse you for a book you buy. Sadly, most enterprises operate off the mindset that developers are supposed to arrive on their first day with every possible skill they will need. Non-technical management makes this problem worse by assuming that most developers are really smart people who can figure things out on the fly. Of course, there are always folks who will put in a heroic effort which further reinforces stupid management thinking that training isn't required. In the day of IDEs with wizards, the ability to encourage or even expect a developer to have the capability to figure things out is fast becoming a lost art.

In most shops, you will almost always find that the enterprise architects are the last ones out the door at night. It's not the fact that EA doesn't believe in work/life balance nor don't like working regular hours, but unlike most project managers and developers, enterprise architects have developed the skill to flex their schedule to handle irratic, irregular demands.

I have always found it fascinating why developers rant that their jobs are being outsourced to India and that they are part of the cause. Maybe more developers should ask themselves whether their employer even gives a crap about your child's soccer game or would they prefer for you to deliver systems on time. While folks in India don't have any better ability to be successful, they at least figured out how to pretend better than American developers.

Even more fascinating is the reader's digest culture. Let me amplify the point that distillation is a mental disorder and when combined with roles that should care about the details, it guarantees mediocrity. Alignment isn't about sounding like your executives who prefer thinly veiled chock-a-block Powerpoint pitches with nicely formatted bullets. Alignment is more about granularity where all parties are pointed in the same direction but with varying levels of fidelity.

Lately, I have ran across crowds of developers who no longer take personal pride in their work. This behavior is infectious. When a developer rationalizes why they have delivered code that isn't of the highest quality, then something is fundamentally wrong. It is way too convenient for us to talk about the pressures of a deadline as if developers are the only ones with them. It’s easy to do something the wrong way and have it work just well enough to end up in production. That “little error” you turn a blind eye to since it doesn’t seem to cause any problems will cause problems. Business customers who experience frequent system outages should dive deeper into the indoctrination of enterprise developers towards mediocre practices.

The wrath of non-technical management

IT is somewhat unique in its beliefs where developers can report to someone who has never written a line of code. Imagine how society would function if police officers had to report to a police chief who didn't know how to fire a gun...

Being an architect in a large enterprise, the biggest challenge for most architects is in staying technical and grounded in reality. It is way too easy to become a buzzword parrot where one spends more time thinking of cool phrases that otherwise have empty meaning over focusing on producing credible architectures with integrity. I find it fascinating that we talk about business/IT alignment, cost reduction and other reasonable practices yet no one is asking the more difficult questions.

How can a business be successful in the use of technology if the vast majority of team members especially within IT don't understand it? I bet you work with teams that have one technical person, in the midst of various managers and other “developers” (usually off-shore) and find that one technical person does a majority of the work, takes the blame for the failures (of himself and/or others), yet is rarely credited for success. How come competent developers put up with nonsense and continue to take the rapings?

Should developers challenge their managers to look at their shiny, gold plated project plans that adhere to CMMI level 13, ITIL, Agile, garbage 2.0 and other worst practices and find a single item that someone else could take more than 10% credit for? At the end of the day, the vast majority of projects either still succeed or fail based on heroics. Sadly, we have realized that heroics are not the way an organization should be run, so instead of working on repeatable, sustainable practices for software development, we have morphed into repeatable, sustainable ways of doing perception management and throwing developers under the bus.

For the record, I have direct reports and therefore by association I am a manager, however every single person that reports to me is confident in their ability to say that my boss can do my job at a high level of proficiency. There are days when they sometimes wish I was non-technical so as to hang back a little, but at the end of the day, they know that continuous attention to excellence increases agility and that they are the better for it.

I am proud to say that none of my reviews in the last ten years have ever had a single negative comment regarding my ability to deliver high quality work, in a timely manner and within budget. Much of the feedback is based on perception management. The thing I think about almost daily is how I can live up to a
high standard not because of just personal motivation but because others are watching. This is the essence of leadership, I don't want to be a manager nor should others be forced to report to one...

I find it fascinating how vendors continually make the wrong mistakes in selecting which industry analyst firms to work with and figured I would share some perspectives not written about elsewhere...

Let's face it, while industry analysts believe their value proposition is more than just being a way to generate leads, that's kinda the reason most vendors shell out lots of money for their services. I suspect that many vendors are simply trusting the metrics received from analyst firms and not asking the hard questions regarding influence and lead generation.

I gain insight (and become a lead) from folks such as James Governor of Redmonk and Brenda Michelson of Elemental Links via Twitter and get frequent unsolicited gems from the folks over at The 451 Group and Burton Group. Now, does anyone want to take a guess on when the last time I received an unsolicited lead from say Gartner?

So, if you are a software vendor who has only one analyst firm relationship and this isn't being translated into meeting me or my peers, then are you crazy for spending lots of money? Would you rather be prominently featured on published research and encouraged to spend even more or would you prefer to be actually generating revenue? Wouldn't it be cool if Barbara French of Tekrati and others could uncover the value proposition I speak of in a way that is credible, measurable and transparent... 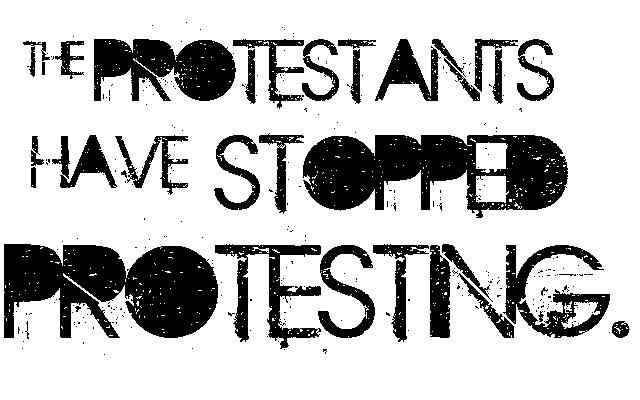